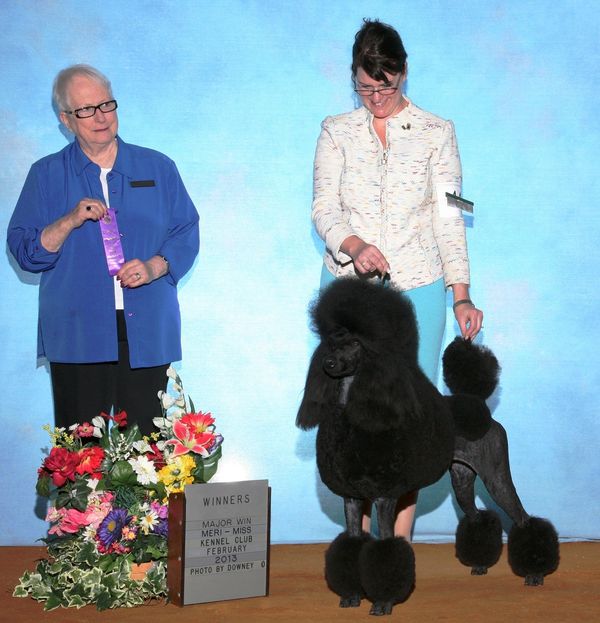 Cali is a very special pup who came from Lakeridge Poodles in Washington. She was bred by the talented Debra Ferguson Jones & is co-owned with Tabatha Waters of NOLA Standards. With a little help from Debbie, Cali arrived in New Orleans in late November, 2011. She was a young puppy of 8 weeks, but I still remember her confidence! Her tail was up after her plane ride with Debbie & road trip with Tabatha. She is a smart, beautiful girl who is willing to work and wants you to be proud of her.  Cali made her debut in the show ring, handled by her co-owner Tabatha, in Summer 2012. Her parents, Shelby and Josh, placed in their classes at the prestigious Poodle Club of America National Specialty, where they were handled and trained to perfection.
Cali finished her AKC championship at 18 months old! Following her 2 Major Wins with Sarah Perchick handling her, Tabatha easily placed the remaining single points needed for her championship. She is a petite girl, at 38 lbs, which makes her just a delight to groom! Cali is not halfhearted about anything. She was a lot of fun to show - very playful, very responsive, and very sensitive. Cali's 1st litter was sired by Tabatha's glorious apricot male, Lombardi (GCH Le Glorious Lombardi du NOLA's Caniche Rouge) of NOLA Standards. She had 10 beautiful puppies. "Tatiana" (Tater) CH Cadeau's Goddess of the Dream du NOLA's finished her AKC Championship with 4 majors handled by Sarah Perchick. Tater is a successful Canine for Christ therapy dog and will be bred in late 2016/early 2017, pending testing. Cali's 2nd litter to Tabatha's boy "Brees" CH Salvation by the Nine du NOLA's, yielded a fun-loving, active group. Their owners have them doing agility, actively hunting, and fun water sports!
Cali's 3rd and final litter to "Liam" BCH Brighton Undeniable on Fifth, boasts 3 active show puppies, including "Lola" who went to live with Debra Ferguson Jones of Lakeridge and garnered a non-sporting Group 3 out of the puppy classes, among a seasoned line up, shown by Deb's newest Junior handler! "Cartier," a fun little white boy full of personality, is being shown by his owner Crystal, and they have been earning points as a new team! Crystal is new to the sport of conformation, as is Nancy who is learning the sport with Cartier and Lola's sister Tiffany!

Cali has proven herself an excellent foundation bitch and has earned her happy retirement living with her pink daughter Lil Bit o Roux", whom you may remember from her 2nd litter, as she earned herself an extra special place in my heart (and on the blog!). What a joy they have been! We are excited for the next chapter. 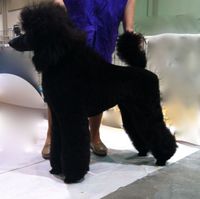 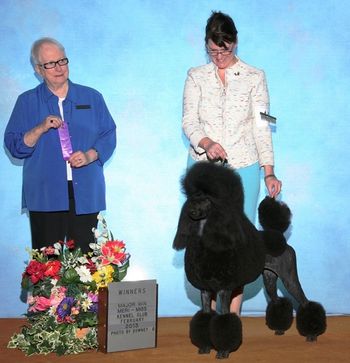 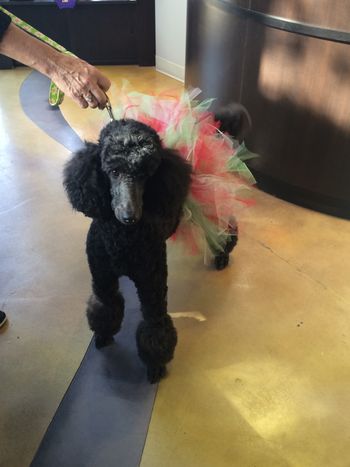 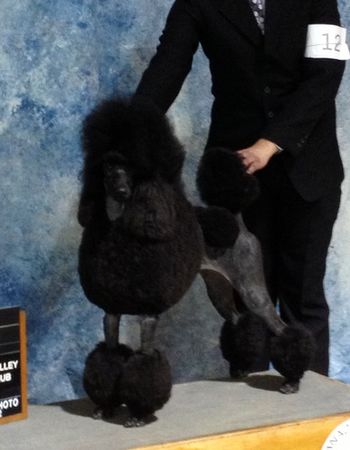 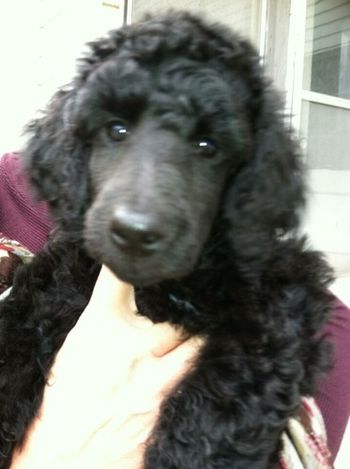 Cali at Debra's as a very young girl of 7 weeks! 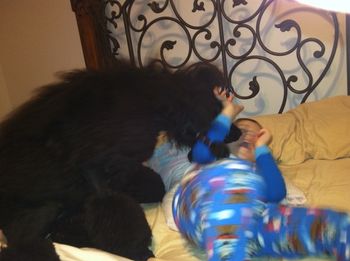 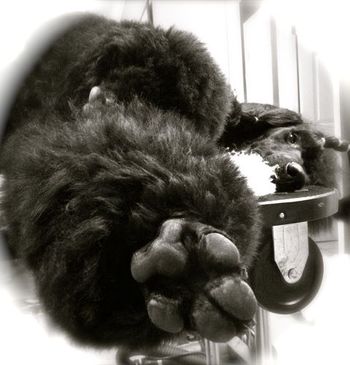 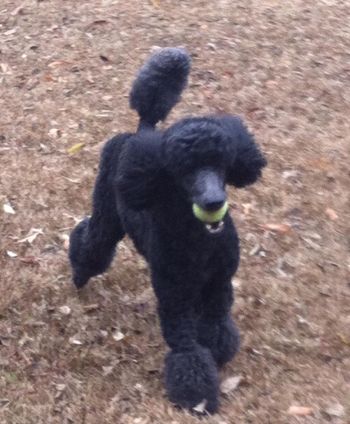 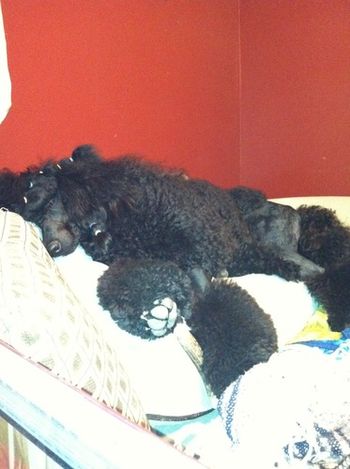 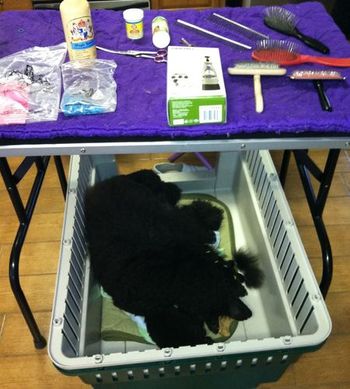 Basics for a show puppy (Don't forget the puppy!) 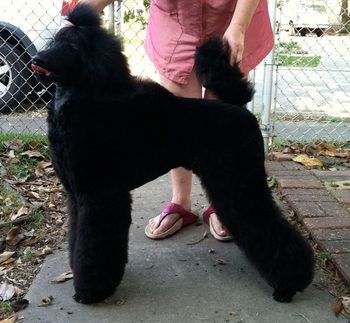 Cali tasting the Spring air as her co-owner, Tabatha Waters of NOLA Standards, works on perfecting her stack. 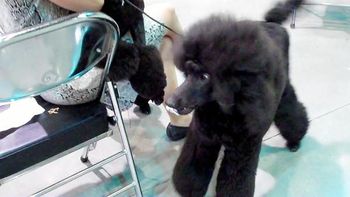 Dog shows are supposed to be fun! Here, Cali is enjoying finding goodies on the floor to play with in Biloxi, MS. 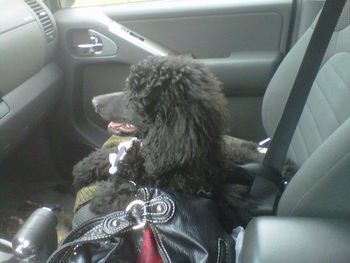 Cali likes to ride shotgun with the airbag off! 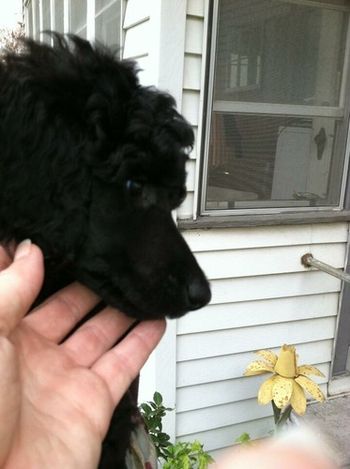 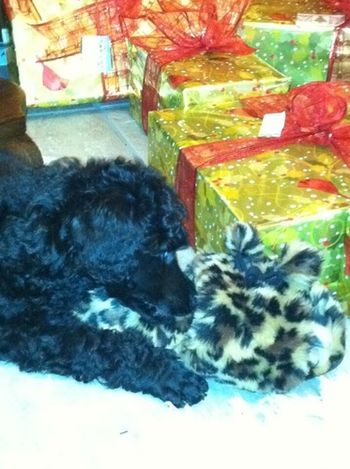 Oh boy! Christmas is my favorite time of the year! 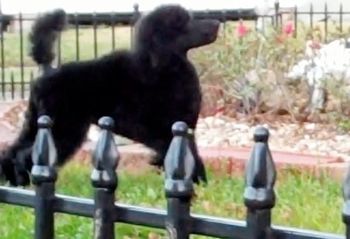 What a pretty puppy!

Cali has the sweetest expression and a neverending cascade of poodle coat (which I love!) 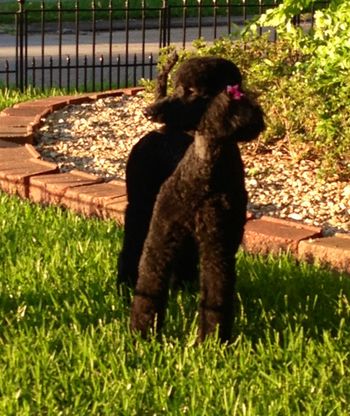 Our pretty little Cali after the grooming seminar 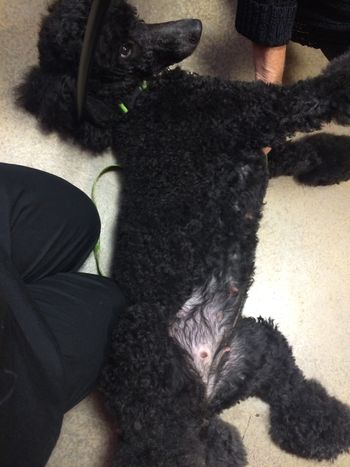 Getting some belly rubs while we wait on her ultrasound 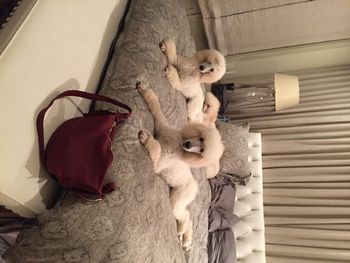 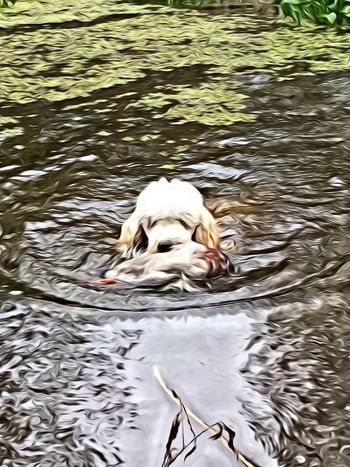 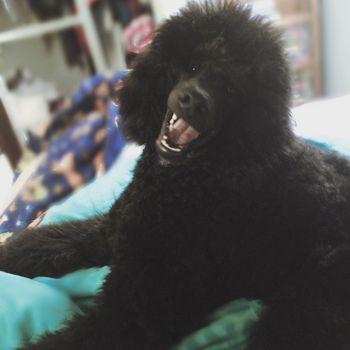 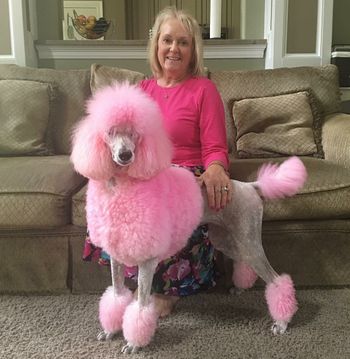 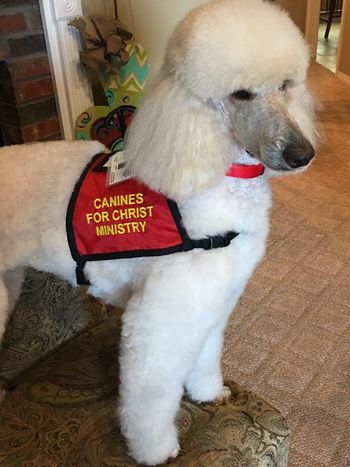 Tatiana - my first homebred champion, and a canine good citizen to boot! 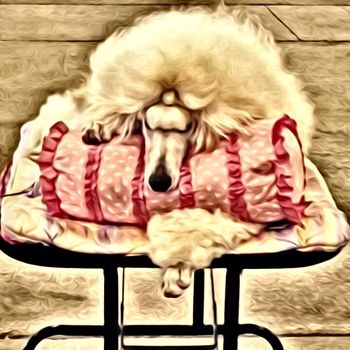 Tatiana at the dog show 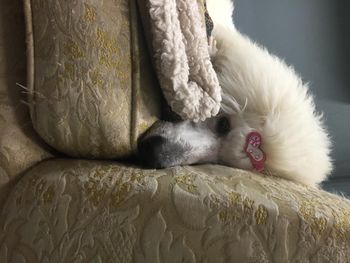